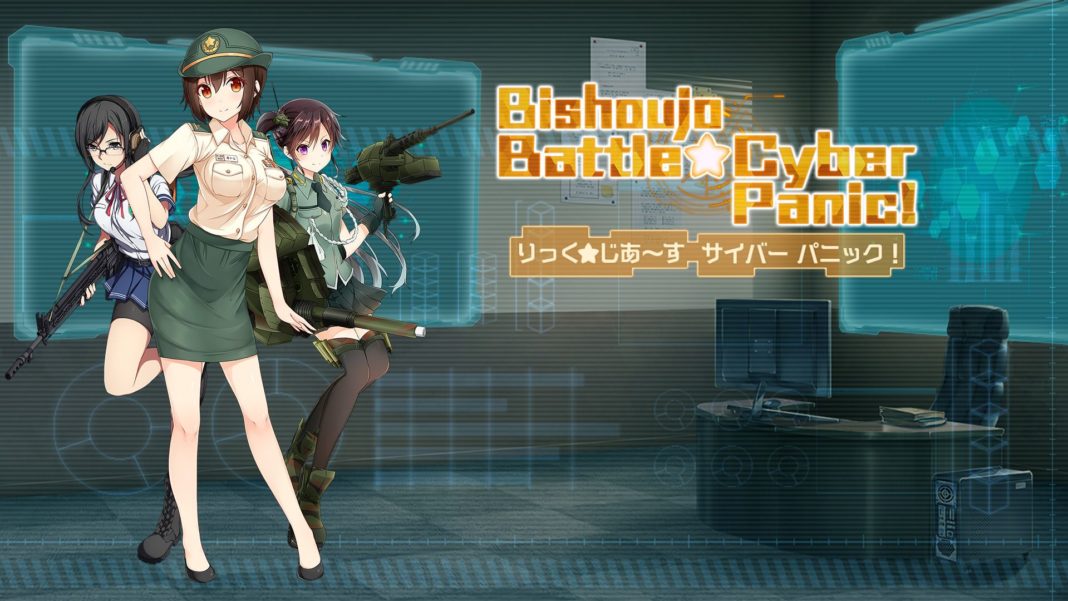 This marks the first time ZOO Corporation titles will reach physical release in any territory! Our partnership with the Japanese indie studio has been invaluable and has led to more than a dozen digital releases to date, all of which have proven quite popular with our loyal communities and players across Nintendo Switch and PlayStation platforms. Many have expressed a desire to add these games to their physical collections, and with Funbox Media Ltd.‘s cooperation, we have determined that our fan-favorite Bishoujo Battle entries should lead the charge!

Inspired by the naughty back room arcades of ‘90s Japan, Bishoujo Battle Cyber Panic! offers the instant gratification of a sub-genre that’s both easy to learn and fun to master. Start each action-packed stage with a silhouetted girl behind the playfield and dodge enemies while drawing lines that cut away when connected, methodically uncovering the image underneath. It’s a game of risk-vs-reward as you capture as much of the playfield as possible without enemies or bullets crossing your path. Will you whittle away at smaller and safer zones along the edge, or will you go for higher scores by cutting into enemy territory? Box in power-ups to use their effects, unlock completed images in the gallery and share your victories across online leaderboards!

In Bishoujo Battle Mahjong Solitaire, let the mobile military girls of “Rick G Earth” be your companions as classic tile-matching gets more exhilarating than ever! Find pairs of mahjong tiles to remove them from the board. Plan your moves strategically and stay ahead of the clock to claim victory. Every 3 rounds of play, you’ll unlock a new costume for the girls, and more will be revealed as you progress. Of course, the important part of any solitaire game is replayability. With more than 100 tile layouts and randomized patterns, Bishoujo Battle Mahjong Solitaire offers endless incentive to keep coming back for more, just in case the anime-style fan service isn’t reason enough. You can also view unlocked characters and costumes in the Dressing Room!